Emiliano Sala’s family are said to be in a “very difficult economic situation” after revealing that a trust fund launched by Cardiff in January in the player’s memory had not been set up.

Argentinian striker Sala died in January 2019 when the plane carrying him from Nantes in France to his new club Cardiff crashed in the English Channel.

Cardiff and Nantes have since been in dispute over the £15million transfer fee, with the Welsh club claiming the formalities of the deal were not completed despite the 28-year-old having been unveiled as their player a few days earlier.

Now the trust fund that Cardiff launched seven months ago has also become a subject of controversy, with the Sala family saying the offer of a “donation” from the club was withdrawn “with no explanation”.

The PA news agency have asked Cardiff to comment.

In Argentina, the Sala family – Emiliano’s mother Mercedes Taffarel, his brother Dario and his sister Romina – are said to be “very frustrated” by events after travelling to the UK in November 2019 to receive positive news.

A representative of Javier Canosa, the family’s Argentine lawyer, told the PA news agency: “Cardiff contacted the family to make a donation to them, but they came back to Argentina with nothing.

“They did not have an explanation why they decided to take back the offer.

“We read in January that the family was happy and everything was sorted, but that’s actually not true.

“We want to make it clear the trust has not paid out, the family has not received anything and are in a very difficult economic situation.

“Emiliano is not there and they really need this money. It has been really difficult to get an agreement with the club for different reasons and it is very frustrating.

“We have reached a very difficult point in our communications with Cardiff’s representative, but I think it can be solved.” 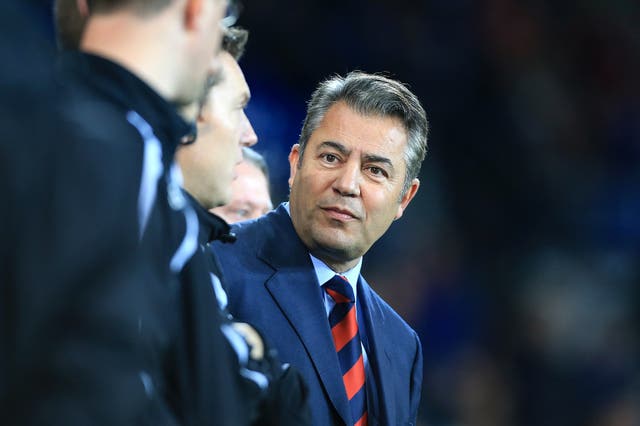 Cardiff held a supporters’ forum, which was attended by members of the media, in January to launch the Emiliano Sala Memorial Trust with what the Sky Bet Championship club described as a “substantial amount of money”.

Club chairman Mehmet Dalman also urged Nantes and “any agent who has taken the high ground” to match Cardiff’s donation.

“I’d say put your money where you mouth is,” Dalman said. “We would invite the football world, even the whole world, to make a contribution to this.”

It has been reported that Cardiff blame disagreements with the Sala family’s lawyers for the impasse over the trust and plan to finish creating it independently of them.